skip to main | skip to sidebar

I am sad. The day after losing Lisa to cancer I lost another of my friends fighting cancer. They were both amazing women with great faith and I will miss having them in my life.

Posted by Sleepless In St. George at 5:38 PM 2 comments

Seeing 3 of my friends suffer, one passing away today....I have to say I hate it!

Posted by Sleepless In St. George at 8:21 PM 8 comments

Easton is in competition with Addie for awesome quotes. Two from today:

Brooke asked Easton to show us some hip hop dancing "I can't, I retired"
One point for Easton!

Addison scored a point of her own when this conversation took place:
Mom: come on Miss...lets hop in the car
A: tomorrow call me jerk
Mom: jerk isn't a nice word
A: Easton calls me jerk, and jerk is a silly word!

Posted by Sleepless In St. George at 8:49 PM 1 comments

This morning I heard Addison say to Easton, "I am a genius"! yes she is!

Posted by Sleepless In St. George at 8:12 AM 1 comments

Where have I been!

Since our trip to California things have been a little crazy. Here are the things I need to blog, but haven't had time for:

*Helping with a New Moon baby shower for my friends Alissa and Valerie...it was a fun night!
*Easton getting his tonsils out:Easton was a trooper....he must have the highest pain tolerance. If you ask him how it was he will tell you it wasn't that bad! This made for a very happy mama...only two nights were we up to give him pain meds....just in case. I didn't want him to go a long time without the meds!
*Brooke and her clogging group getting 1st place at competition...they qualified for nationals! Brooke and her partner Alissa also won first in their pairs dance!
*Camden playing on his competitive soccer team! I love watching these boys...they work hard and it shows!
*Camden and Easton playing baseball...with Neil coaching again! There is nothing like baseball...and both boys are playing so well!
*Addison started ballet...she is so cute in her little leo and leg warmers!
*Sewing: I have been crazy busy...blessing dress for friend, chair recover for another friend
*Scout Expo: Camden sold the most tickets in his pack...he worked very had, I made him do it himself. We watched as he went door to door and gave a little prepared speech!
*weekend in Vegas: We made a very quick overnight trip to Vegas to see my sister on her way through town and then have dinner with our friends the McKellebs! Wish the trip had been a little longer!
*Easter....I was a bad mom and got like 1 picture:( The kids did have a great day though.
These are the things I hope to get posted...we will see if it happens!

Posted by Sleepless In St. George at 6:30 AM 1 comments

I am sure you thought that Day 3 was our last day in California, but it wasn't! I just haven't had time to post! Our last day in Cali. was spent at Disneyland! The lines were fabulous (average was 15 to 20 minutes), weather was perfect and the kids were fantastic! It was a great day!
A Pink Castle! 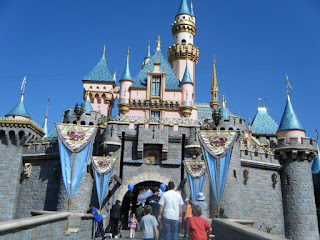 This was the reason Addison came to Disneyland. She LOVES Pink Castles! I am always a little disappointed walking through the castle, but Addison loved it! 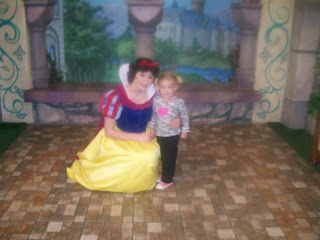 Waiting in line for the princess meet and greet was our longest line. Addie and I waited for 40 minutes while the other kids went on rides. It was so worth the wait! Addie loved meeting the princesses! 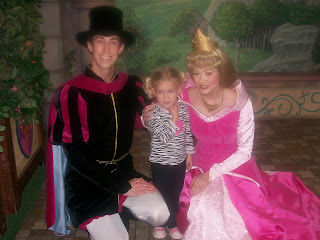 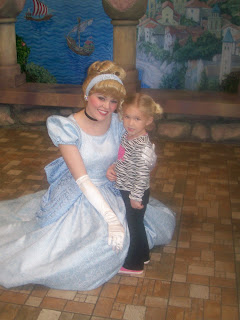 Cinderella (actually all three of them) talked in tiny voices and said words like "lovely". They definitely acted their part! 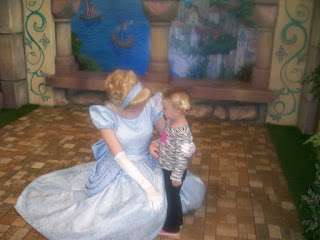 Addison was a little shy with them, but talked nonstop about them on our way to meet up with the family! 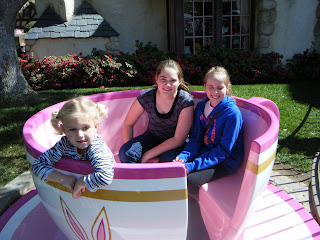 There is a teacup for picture taking....this in the only time we were in a teacup. The teacups had a really long line, so we skipped them! 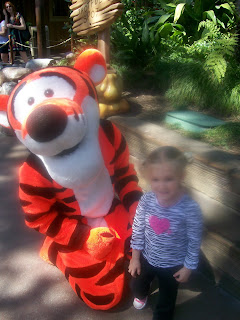 Addison and I went on the Winnie the pooh ride while the big kids were on splash mountain. We then got in line to meet Winnie the pooh and tigger! Addison loved that Pooh kissed her on top of the head! I have to say....I don't love the pooh ride:( I guess I am not a fan of the rides where you just sit there in a car and see pictures of the movies (Mr. Toads, Roger Rabbit etc.) Addie didn't seem to mind it though. 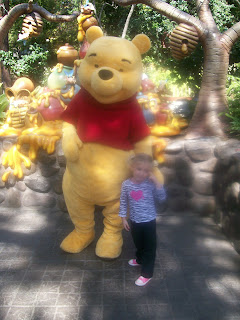 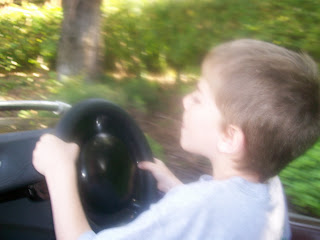 All the kids loved riding on Autotopia. Easton drove while I got a workout pushing the gas pedal. Why are those things so darn tough to push? Easton was very serious about his driving! (notice the tongue) It is tough to drive when you can barely see over the steering wheel! 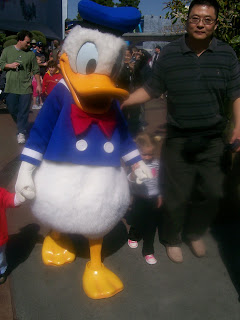 While the big kids were on space mountain Addison and I spotted Donald Duck. Donald was walking around this fountain area and didn't stop walking. Kids could come and walk with him, but he just kept going and going. Addison joined in and walked with him holding his hand. Then his annoying man came up and pretty much shoved her out of the way so he could get his picture with Donald. Notice the look of disappointment she has. I think she was a little creeped out by him. This ended her Donald walk. I really wanted to say something like "Go ahead and shove the little kid out of the way, jerk!" But I didn't, we were in the happiest place on earth, right!? 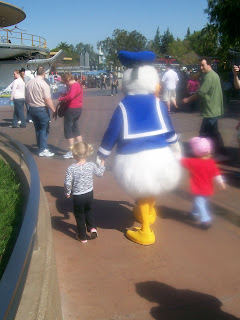 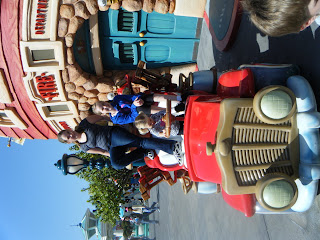 Posing on the firetruck 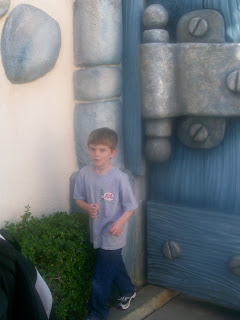 Easton did not want his picture taken! 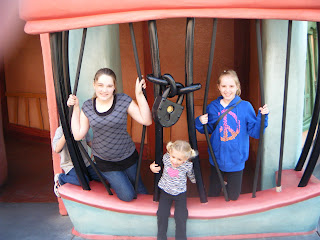 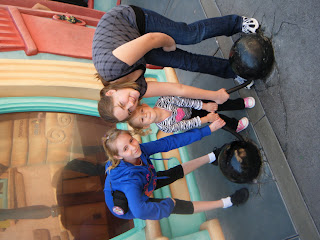 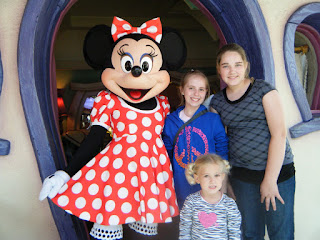 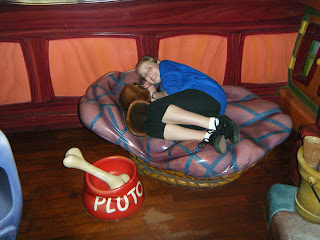 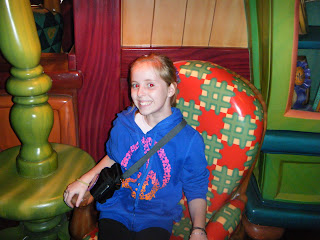 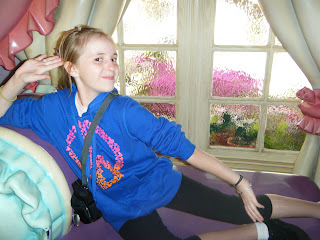 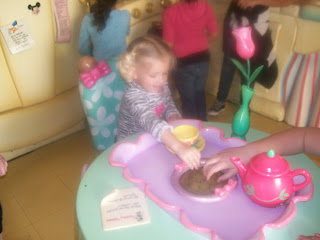 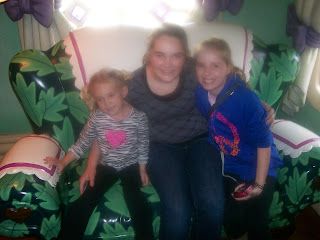 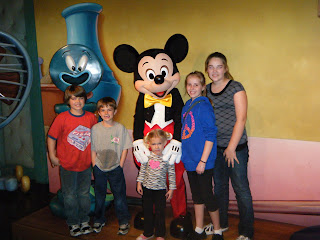 *Notice this is the only picture of Camden! He didn't want his picture taken, and I was with Addison most of the day while he was on the big rides with the big kids and Neil. 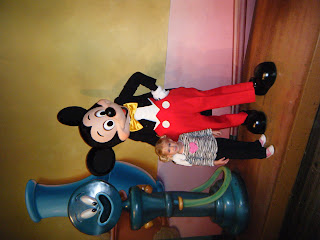 We had a great day at disney. We arrived when they opened and left when they closed. We then drove home, got there in the middle of the night, woke up and left the next morning for my cousins wedding in Provo that night. We went to the wedding reception and left the next morning to head back home. It was a crazy spring break...but we had a great time. I hope Neil has a conference next spring break...fingers crossed for Hawaii!

Posted by Sleepless In St. George at 5:24 AM 2 comments 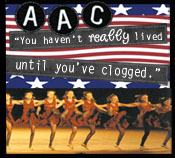 Sleepless In St. George
Neil and Shelley were married in August 1995! Four kids later they are living a busy and fun life in St. George.

Friends from Childhood and College Days and Family